Kronendal Music Academy (KMA) affords children the opportunity to explore the magic of music. KMA provides an opportunity for becoming a professional musician. KMA contributes to improving the fabric of our South African society by turning the creative potential of our residents into assets to reduce despair and build bridges.

All children explore their creativity and confidence through access to music and musical instruments, developing their dignity and resilience and creating community cohesion. 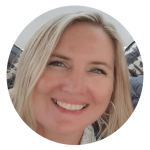 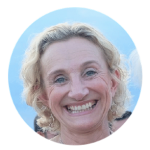 Beccy is a partner at Moonlighting Commercials (Pty) Ltd: a film production services company based in Cape Town that services the production of tv commercials for clients from all over the world. Born and raised in the UK, Beccy worked in marketing and branding in London for companies including United Airlines and Siegelgale before moving to South Africa in 2002. She currently resides in Hout Bay with her husband Richard and their two children. 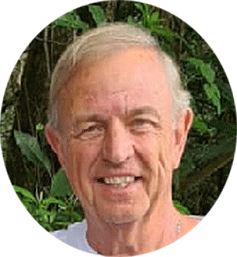 A Chartered Accountant CA(SA), Chris is an accomplished executive with five decades of experience in the South African banking and investment sectors. A previous Director of the Board of the Cape of Good Hope Bank, he also served as Chairman of the Nedbank Group Credit Committee and in acting CEO capacity as needed. With numerous counselling skills under his belt, Chris serves on the Boards of Salesian Institute Youth Projects and LifeLine Western Cape. He holds an Airline Transport Pilot License and a Helicopter Instructor Pilot Licence from the South African Civil Aviation Authority. 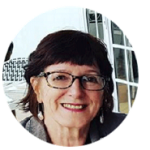 Eloise is a qualified corporate coach specialising in support to assignees from all over the world to overcome and manage cultural differences. She is also a qualified TEFL and TEFL Business English trainer. Previously worked as GM in various industries and started her career with the Department of Foreign Affairs in Pretoria with subsequent diplomatic postings to London and Tel Aviv. A University of Stellenbosch graduate Eloise has lived and worked as an expatriate in many countries over the past 20 years. She is passionate about education, language and communication and facilitating these across language and cultural barriers. 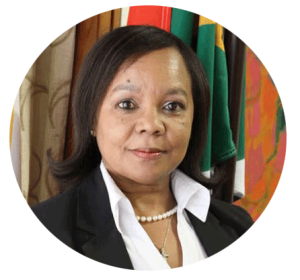 Judge Patricia Goliath was born and raised in Cape Town. She holds a BA LLB degree from the University of the Western Cape (UWC) and a LLM at the University of Cape Town, (UCT). She also holds a Certificate in Labour Law (UCT) and a Diploma in Insolvency Law and Practice (UP). She served on the Executive Committee of the Salvation Army in Cape Town and was actively involved in progressive legal organizations Nadel and BLA. She has served in the Cape Law Society on the Criminal Law and Pro Bono Committee and also served as an Examiner for the Attorneys Admission Examination. Judge Goliath has published in De Rebus, a legal journal and has written on topics ranging from Prisoners of War, Juvenile Sentencing, Gun Control and Human Trafficking. In 2006 she was permanently appointed as Judge of the High Court in the Western Cape and is a long standing member of the South Africa Chapter of the International Association of Women Judges In 2016, Judge Goliath was permanently appointed as Deputy Judge President in the Western Cape and, in 2018, she was appointed as Acting Judge at the Constitutional Court of South Africa.

Cecily graduated from Natal University with a BA and then Stellenbosch University in Higher Education. She has taught at various High Schools in Cape Town, Harare and Mutare. Following which, Cecily worked for her husband in his Private Practice as his Business Administrator. She has worked as a Volunteer Teacher at Constantia Primary School, Oranjekloof Primary School, James House and now at KMA. The children absolutely adore her kind, motherly and gentle way. Her passions include Education in our country, wildlife and hiking. 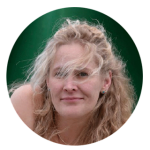 Ms Dwyn Griesel has some 28 years teaching experience. She has a Bachelor of Music Degree in Jazz Studies from the University of Cape Town, majoring in Composition and Arrangement. Dwyn began KMA with her entire paternal inheritance in 2007 and has since received the Inyathelo Award for Philanthropy in The Arts as well as the Lions Club Louis Volks Humanitarian Award. She has studied many diverse disciplines such as proof reading, copy editing, aromatherapy and reflexology and is an avid lover of nature and animals. 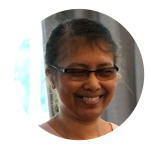 Charmaine joined KMA in March 2016 and has extensive experience in senior administration. Charmaine oversees communications at KMA as well as general operations requirements, and is also PA to the Director. 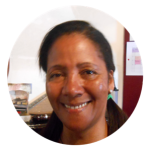 Jenny began working for KMA in 2011 as a supervisor for the funded pupils in the afternoons at a local church in her Hangberg community. When KMA moved to Oakburn in 2012 she joined the team as admin secretary and the friendly front of house face. 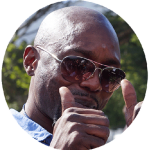 As a resident of Imizamu Yethu, Andile first got involved with KMA at James House Children’s Home in Hout Bay in 2011 where Andile supervised the practising and attendance of these sponsored pupils. In 2012 he joined the Academy fulltime. Andile is a highly respected member of his community and a much loved pastor in his church. 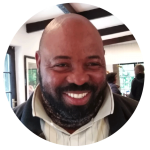 Mr Gideon moved to Hout Bay in 2000 and previously worked in garden and house services, He then became the KMA driver in September 2020. He enjoys making jokes and listening to music! Mr Gideon is a wonderful, friendly person who safely transports our pupils every day and always with a smile on his face. 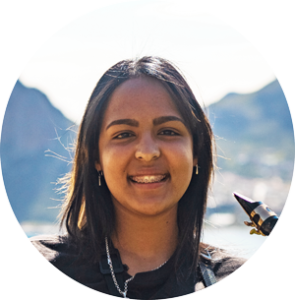 Zoe joined KMA as a pupil in 2014 on Clarinet and quickly advanced to Tenor Saxophone. She toured with the KMA Jazz Band to the Edinburgh Jazz and Blues Festival in 2018 and continued as a post-matric pupil in 2019. Zoe has joined the KMA team as General Assistant and has proved herslef an invaluable member of the organisation - now as staff! Her love for children, ambitions to become a music teacher, and her excellent admin skills make her the perfect fit for this demanding post! 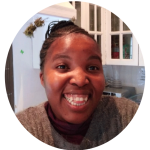 Zizipho is a fun, loving person who grew up in Tsolo in the Eastern Cape. She is a genuine people's person and loves to cook hearty meals for our pupils. Zizi has vast experience as a home nurse and is a secret mathematics wizard! 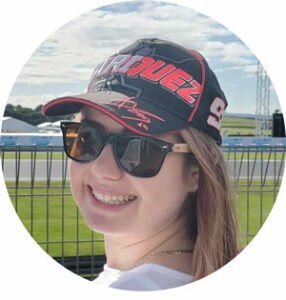 Kirstyn Botha is a music therapist and business woman working in Cape Town. She runs her music therapy practice from Sea Point Medical Centre. She has experience in the education and psychosocial fields, working with schools such as Beau Soleil Music Centre and Athlone School for the Blind. Kirstyn's experience lies in the field of child-care and her passion is to help children become stable, emotionally aware human beings who are able to find their place in the world and achieve their fullest potential. 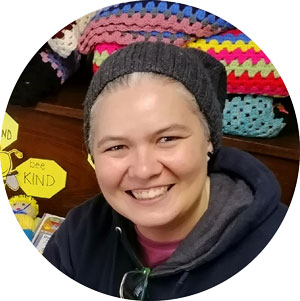 Marchané is a qualified and registered clinical social worker, focusing on a holistic approach to the healing journey of all. With 13 years of experience using Art and Play during sessions with children of all ages, Marchané believes in their potential and equipping them with the skills needed to grow into healthy functioning adults. 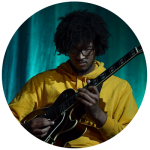 Jarrod Fortes, guitarist and bassist, completed his BMus Jazz Studies Degree at the South African College of Music, UCT. As a long-time member of the much acclaimed Delft Big Band, Jarrod “pays-it-forward” by giving lessons in Delft along with the other big band members as part of community service. Jarrod has performed at the Cape Town International Jazz Festival, the Klein Karoo Klassique in Oudtshoorn, Espresso Morning Show and many venues in and around Cape Town. 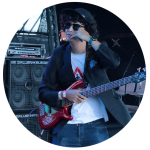 With a BSc. Chemical Science degree behind him, Simon has focused his working life on teaching bass. As an alumni of the distinguished Bergvliet High School Jazz bands, Simon learnt his skills from Cape Town aficionado, Darryl Andrews, whilst also serving in the prestigious George Werner Little Giants Jazz Band. He has extensive experience as a bass player in numerous productions and bands and is presently resident bass teacher at Bergvliet High School. 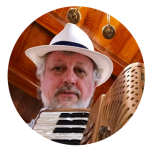 Stanislav received numerous awards prior to 1985 and was accepted at The Academy of Music and Dance in Plovdiv-Bulgaria, where he studied Accordion with Prof. Peter Marinov and graduated with a degree in Accordion in 1991. Whilst teaching at the Constantine Preslavsky University in Shumen, Stanislav competed and performed in Bulgaria, France and Poland as a soloist or member of different ensembles orchestras. In 1992 he moved to Cape Town, where he now performs, records and teaches. Stanislav has recorded for the SABC as well as for many radio and TV adverts and has featured on many South African Artistes’ releases. 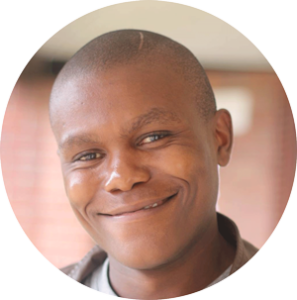 Siya was one of the founding pupils of the Beau Soleil Outreach programme, the Ifidyoli String Project in 1999 and eventually became one of their teachers! He specialises in the Suzuki method and sine 2011 has been for the teaching for the Cape Town Philharmonic outreach project, Masidlale. 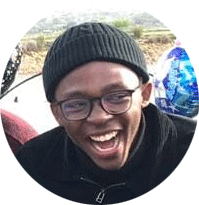 Mulalo Mphaphuli holds a BMus in Western Classical Music specialising in Flute performance and a Post Graduate Certificate in Education both from the University of Cape Town. He says, "Having been privileged enough to have been exposed to music from a young age I would like to share the joys and the benefits of practical music making where I hope to inspire creativity and freedom of expression." 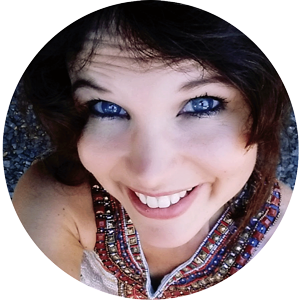 A classically trained Violinist and experienced violin teacher, Femke has over 20 years experience in music education for all ages. Qualified with a Master of Arts Degree from the University of Utrecht in the Netherlands, she also lead a number of music ensembles performing and touring in Europe and America, including a concert at Carnegie Hall in New York. Femke is passionate about teaching children and believes Plato’s philosophy: “Music gives soul to the universe, wings to the mind, flight to the imagination, and life to everything”. 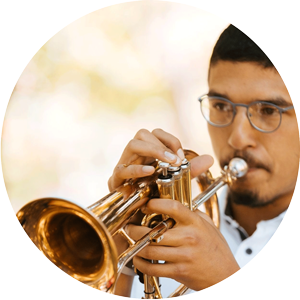 Keegan specialized in Jazz Performance, at the UCT South African College of Music, where he graduated with a Bachelors of Music in 2017. Before heading out to Japan to teach English for a year, Keegan taught Trumpet at South Peninsula High School. Keegan has performed extensively in Cape Town, participating in various festivals and the Kirstenbosch SummerConcert Series. 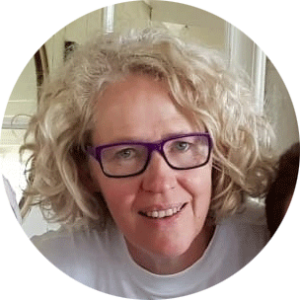 Judith has a BMus from the University of Bloemfontein and has been teaching music since 1997 at various primary and high schools. She is passionate about creating a safe and welcoming space for children in her teaching space and enjoys being part of the warm home environment at KMA. She is also an avid Hiking and Mountain Biking enthusiast and has completed the Comrades Marathon 5 times! 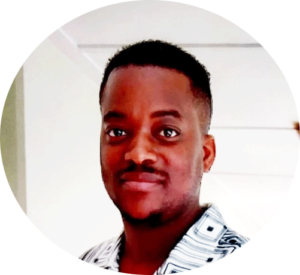 Keketso graduated from the UCT South African College of Music with a post graduate diploma in African Instruments. He has performed extensively with South African African Instruments extraordinaire, Dizu Plaatjies, including Ibuymabo. Keketso has taught marimbas since 2015 for the Nyanga Arts Development Centre, SACM, SACS High School and the Amagongo Arts Programme. Keketso is passionate about spreading the art of playing indigenous African Instruments and believes that every human being should at least be able to play one musical instrument as a way to de-stress.