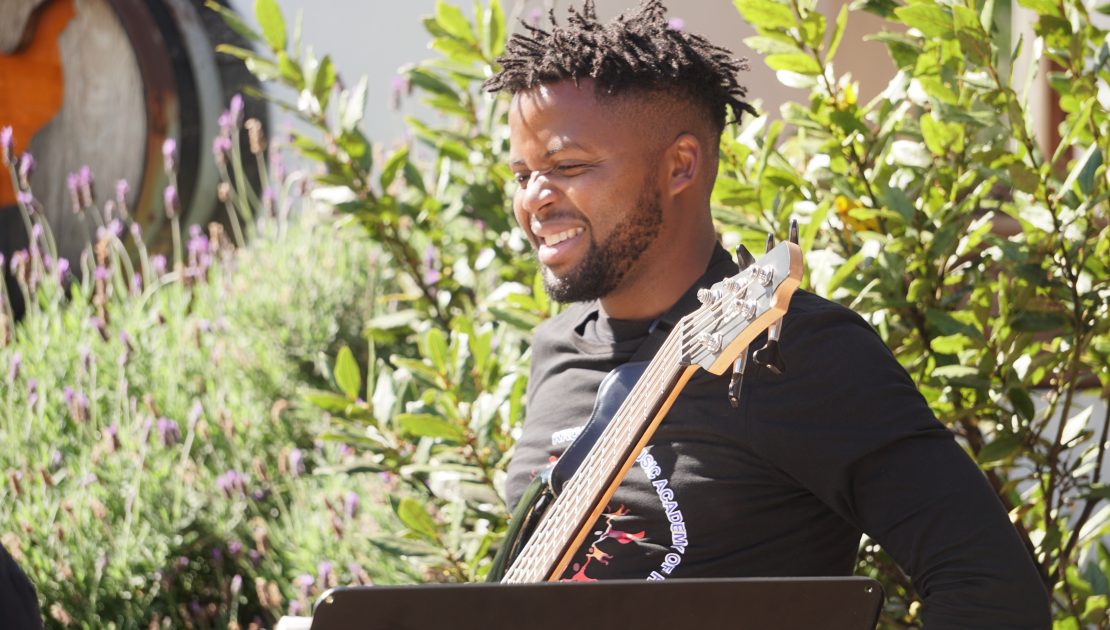 Lungi Chilli joined KMA in July 2011 a thirty-something young adult and already semi-proficient on electric bass, self-taught. By June 2012 he was a member of the KMA Jazz Band that went on tour to Germany for two weeks and that same year auditioned for a Jazz Studies Diploma at UCT. In January 2018 he became KMA’s first ever University Student Graduate and went on to cut his teaching teeth at KMA, whilst accompanying the KMA Jazz Band overseas a second time, to partake in the Edinburgh Jazz and Blues festival in July 2018. You will always be part of our foundation, Lungi!